I just got back from a two-week vacation. My husband, our four dogs, our parrot, and three of our rabbits packed up our little trailer and took off to visit state and national parks in Colorado, Utah, Idaho and Wyoming. We visited Rocky Mountain National Park, Cheyenne Mountain State Park, Garden of the Gods, Great Sand Dunes National Park, and Arches National Park, but our favorite spots were those areas where we saw wildlife: Yellowstone National Park and Antelope Island State Park.


At Yellowstone, we saw—and photographed—coyotes, marmots, a long-tailed weasel, countless bison, eagles, and elk, and at Antelope Island we saw antelope, jack rabbits, and had bison walk right by our campsite. It was heaven for animal lovers like Tom and I, and the dogs were thrilled with seeing and smelling so many animals. 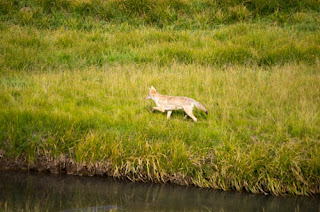 After I got home, and went through all of my photographs, and those taken by Tom, I noticed that we hardly had any of each other. We had lots of beautiful scenery shots, and a lot of pictures of the animals enjoying their vacation, but we took a huge number of photos of the wild animals that we saw. I had to ask myself, why? 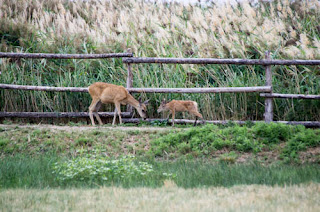 I know I’m not unusual. People love watching animals. At Yellowstone, there were a number of times when a half a dozen cars would be pulled off to the side of the road, as other tourists just like us were pausing to watch, and photograph, the animals grazing alongside the road.  There is something thrilling about seeing wild animals up close, engaged in their normal behaviors, but letting us see them as well. 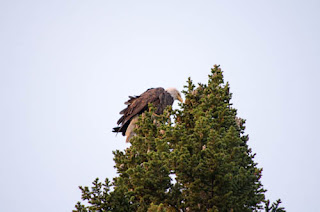 But it goes beyond just watching them. I know I’m not the only person who was trying to figure out how I could possibly steal a baby bison and bring him home to raise in my house. While of course I would never do such a thing, I won’t lie: I thought a lot about how my new companion would littertrain himself (of course I would have to get him a very big box), and would watch TV with us at night. 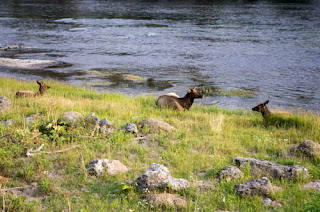 Clearly, one reason Americans are so captivated by animals today is the disappearance of animals from our lives. In our post-industrial world, companion animals remain the only form of physical connection that Americans have with animals. But apparently, the dogs, cats and rabbits we share our homes with are just not interesting enough for many of us.

One problem with this intense need to get close to wild animals is that most of us can’t regularly go to Yellowstone to watch bison in their natural habitat. The result is that for most people who want to get close to wild animals, they will instead visit zoos, marine mammal parks, and circuses, which keep animals confined in small spaces and in unnatural conditions, so that the public can more easily see them. Visitors also like to see animals move. They become bored when animals are sleeping, even when they are nocturnal and should not be awake in the daytime. This leads to zoo patrons yelling at animals or pounding or tapping on enclosure windows.  Because just watching animals is often not enough, many zoos and marine mammal parks also provide exhibits and events that allow the public to ride, touch, feed, or get very close to animals. And of course for many people, the fantasy to own a wild animal is not just a fantasy. It is legal in most states to own wild animals, even when the conditions in which these animals live are entirely unsatisfactory, and may even pose dangers to animal and human alike. 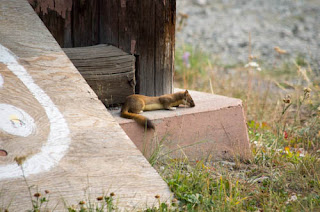 Even the kind of vacation that I took is not necessarily benign for the animals. In Yellowstone, we were told that countless animals die every year when they are hit by tourists’ cars in the park. Bears who are attracted to human food and garbage are often killed when they get too close to humans. And the same bison that are protected and venerated within the park boundaries are then subject to being killed by hunters when they wander outside of the park into Montana or Wyoming. In addition, some preliminary research is beginning to emerge on whether or not animals can be harmed by ecotourism itself; one recent study, for example, found increased levels of aggression in Tibetan macaques who interact frequently with tourists; scholars think that the feeding of the animals may be the cause of the aggression. 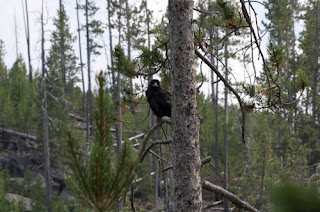 Women’s studies scholar Chilla Bulbeck has studied ecotourism sites, and has interviewed attendees, and has found that many visitors experience some guilt about visiting these sites, knowing that the presence of humans is not good for the animals. Ultimately, though, self-interest (the desire to see or touch the animals) wins out, even for the more conservation-minded of the tourists—like myself. The irony is that the more wild the site, the less the animals’ movements and behaviors are controlled but the more that the visitors’ activities are constrained, increasing the animals’ freedom (including their freedom to not be present) but for many, decreasing the visitors’ pleasure.  While I was thrilled to see a herd of wild antelope on Antelope Island, I have to admit that I was frustrated that they were so far away that I could not see their faces. Obviously, they did not want me to see their faces, but I was frustrated nevertheless. But the animals grazing right alongside of the road, the ones that we got such great photos of, were those that were in the greatest risk of being hit by cars. 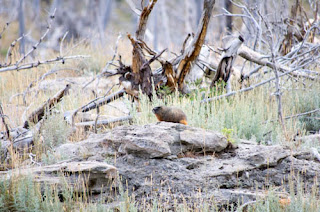 I still wonder about the coyote that we saw wondering down the road one day in Yellowstone, weaving in and out of traffic as we all furiously snapped pictures of him. Is he okay? Did he make it where he was going? And did our presence in the park that day put his life in danger? 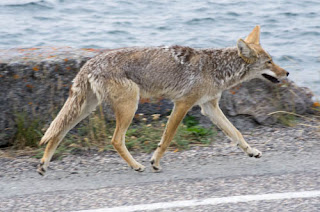 I truly hope not.   But maybe the more important question would be: would my behavior have changed if it did?