How many animal diseases do we need?

Everyone has heard by now about swine flu, the newest disease to move from animals into humans, which has so far killed perhaps 150 people in Mexico and infected thousands worldwide. Today the World Health Organization warned that a pandemic is imminent as the disease continues to spread.

But while officials warn against traveling to Mexico, and some communities even in the United States have closed schools and canceled public events to prevent further transmission, no one is talking about the fact that diseases like swine flu and avian flu both come directly from the raising of animals for meat, and are exacerbated by the intensive confinement of many of those animals.

But because no government official can stand up to the agribusiness industry and recommend that we eat less meat (in fact, the World Health Organization even went out of their way to state that "there is no danger from contracting swine flu from eating pork"), or even raise animals for food in different conditions, we will continue to see dangerous viruses like this put human lives at risk--especially in poor countries like Mexico, where many of the infected will not be able to access the drugs needed to treat the infection.

A 2005 quote from Yvonne Vizzier Thaxton, executive editor of Poultry magazine, is especially illuminating about the priorities of those who make their living off of animal agriculture:

"The prospect of a virulent flu to which we have absolutely no resistance is frightening. However, to me, the threat is much greater to the poultry industry. I'm not as worried about the US human population dying from bird flu as I am that there will be no chicken to eat."
Posted by Margo DeMello at 2:03 PM 1 comment:

From Cute Overload
Posted by Margo DeMello at 2:49 PM No comments:

Today, the FBI added the name of Daniel Andreas San Diego to the agency's list of 25 most wanted terrorists in the world.

Osama Bin Laden, mastermind of 9/11 as well as of other deadly attacks like the 1998 bombings of embassies in Tanzania and Kenya, is #1 on the list.

San Diego, who allegedly set off three pipe bombs, early in the morning, at two empty corporate offices in 2003, is #24.

Really, an animal rights activist is the 24th most dangerous man in the world, and is the only American on a list populated entirely by Muslim fundamentalists who have killed Americans?

I am astounded by Andreas' inclusion on this list, and not just because I once knew him. (We worked together at In Defense of Animals a few years back; I remember him as a sweet, idealistic, young kid.)

I am astounded because including Andreas on the same list as Osama bin Laden implies that both men's crimes are, if not equivalent, at least comparable.

But how is that possible? If Andreas is guilty of the crimes of which he is accused, he indeed broke the law. Property destruction is indeed a crime, and it is a crime for which many animal rights activists have gone to jail. But comparing destruction of property to the killing of thousands of people? It bears repeating (although no news article that I saw on this story today even mentioned it) that even radical direct action like Andreas is accused of has never, not once, resulted in harm to any human being.

Many people are wondering about the timing of today's announcement. Was it made to counter right-wing outrage aimed at the Obama administration after last week's release of a memo by Homeland Security warning of a rise in right-wing extremism?

But even then, the activities of "left wing extremists" like Andreas, who break into buildings, destroy property, and often rescue animals, and right wing extremists who preach white supremacy, death to doctors who perform abortions, and armed anti-government activity, are hardly comparable.

If Andreas is caught (he is thought to be in Costa Rica), at least he can be thankful that the Bush Administration is no longer in power; otherwise he would most likely be sent to Guantanamo Bay and be subject to "enhanced interrogation techniques."
Posted by Margo DeMello at 2:02 PM No comments:

From Cute Overload
Posted by Margo DeMello at 1:26 PM No comments:

New dog for the first family

As everyone has by now heard, President Obama finally made good on his campaign promise to get his daughters a dog.

While it's true that the Obamas did not buy a dog directly from a breeder, they accepted a gift of a 6 month old Portuguese Water Dog from Senator Ted Kennedy, via the breeder that Kennedy originally bought the dog from. (The Obamas wanted a PWD because Malia is allergic to most dogs, but this breed does not cause allergies.)

Certainly, there are many more important issues for Americans, and certainly for the President, to worry about. So in some ways it seems trivial and small-minded for animal welfare advocates to criticize the President's decision. Not only are there many more things to worry about than whether or not the President adopted a dog, but most Presidents have bought purebred dogs.

But still, something about this decision just doesn't sit well. It's not just that Obama broke a promise to get a "mutt" like him (as he famously said). And it's not that we can shortly expect a rush to breeders and pet stores as idiots with a lot of money to spend will buy themselves this now-trendy dog. And it's not even that the timing of the whole thing seems oddly suspicious--as if this dog was planned for the Obamas the whole time, even while the President told the nation that he was planning to adopt a dog.

Besides all that, it just seems like it sends the wrong message to Americans, especially at this time. Not only did the President pick a purebred dog, originally purchased from a breeder and intended (probably) for the President's family, but at this time, many Americans, struggling to pay their bills, are surrendering their own animals to local shelters because they can no longer care for them.

Ridiculously cute photo of the day (round 2)

This is Jasmine, a rescued greyhound who serves as surrogate mom to dozens of animals at the Nuneaton Warwickshire Wildlife Sanctuary in

“She simply dotes on the animals as if they were her own,” says Geoff Grewcock, operator of Nuneaton and Warwickshire Wildlife Sanctuary. “She takes all the stress out of them and it helps them to not only feel close to her but to settle into their new surroundings.”
Posted by Margo DeMello at 3:10 PM No comments:

Not all shoe throwers get the same treatment

International shoe-throwing coverage was on overdrive today, with stories out of both India and Iraq.

In New Delhi today, a Sikh journalist named Jarnail Singh threw his sneaker at India's Home Minister in order to protest the acquittal of a lawmaker who allegedly incited violence against Sikhs following the assassination of Indira Gandhi in 1984. Singh's family had been victimized in the violence, which claimed over 3,000 Sikhs.

Unlike the treatment of Muntadhar al-Zaidi who threw his shoes at President George Bush at a press conference in Baghdad, Singh was released by the police without charge today. Al-Zaidi, also a journalist, was arrested, allegedly beaten by guards, and last month sentenced to three years in jail.

Today, however, al-Zaidi's sentence was reduced from three years to one year. The reduction in al-Zaidi's sentence came after extensive public criticism aimed at the Iraqi judicial system. The journalist has been considered a folk hero in Iraq for standing up to President Bush, and for doing what many Iraqis dreamed of doing.

Shoes are considered unclean in much of the world, with etiquette throughout most of Asia requiring that shoes be removed before entering a home. So throwing a shoe at someone, or hitting someone or something with the sole of one's shoe (as Iraqi protesters did to the statue of Saddam Hussein after the American occupation of Iraq began), demonstrates a great insult, especially in Muslim countries.

While Westerners typically don't share this concern with shoes, the trend of shoe throwing as a form of political protest has spread into Western countries anyway. In February, a British student threw a shoe at Chinese Premier Wen Jiabao when the lawmaker was visiting London.

And finally, a fourteen year old girl is facing a felony charge of battery on an officer after throwing her shoe (and a bag of pretzels) at a police officer in Florida last week.

It seems that the shoe's symbolic power as a defiling agent transcends national and cultural borders.
Posted by Margo DeMello at 2:15 PM No comments: 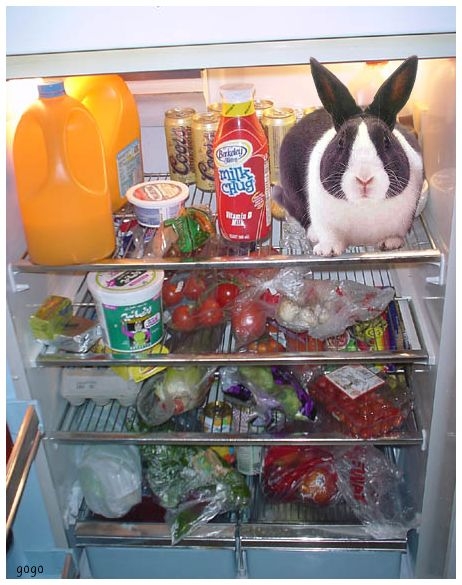 Thanks, Robin.
Posted by Margo DeMello at 1:58 PM 1 comment:

From The Peaceful Prairie Sanctuary
Posted by Margo DeMello at 4:34 PM No comments: